In the late 1800s, legendary Grand Canyon tour guide John Hance invited his clients to record their comments in his guestbook. In 1899, the manager of the stage line that served Hance’s business published a compilation of those comments. Today, that book, Personal Impressions of the Grand Cañon of the Colorado, is a valuable window into the perspectives of 19th-Century Grand Canyon tourists. This is the final post in a five-part series on the subject.

A few tourists left comments aglow with pride or happiness. These remarks hint at the values of their writers. Perhaps the clearest example is that of BW Clowd, who records the first inner-canyon currency exchange:

I’m intrigued by this passage, which appears early in the book, because it seems to reflect the once-prevailing view of Grand Canyon as an exploitable economic resource. It also reflects the nature of the book itself, which is little more than a hardbound, 19th-Century infomercial. (Incidentally, the value of that five-dollar piece in 1893 works out to about $130 today.)

Of course, many visitors traveled not in pursuit of wealth, but in pursuit of happiness. Many passages speak of “enjoying” the canyon, but only one speaks of actual joy: 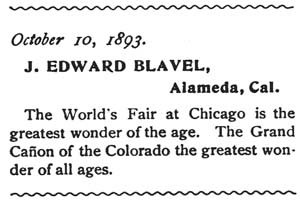 Caroline Carpenter appears to have been a professor of English literature and history at a Massachusetts seminary. She writes about the canyon as if it is a cure for anhedonia — i.e., the inability to feel pleasure.

Anhedonia was first named by French psychologist Théodule-Armand Ribot just two years earlier in 1896. And in the dark days before our current renaissance of emotionally aware self-help culture, many of Hance’s guests wrote in an anhedonic voice.

Finally, there are a few passages I found that are personal favorites of mine. There is this comment from 1897, which echoes my sentiments on the reasons to venture beneath the rim:

Went down into the cañon, under the guidance of Captain John Hance, and would advise everyone else to do likewise, as no proper conception of the cañon can be gained from above.
—Mr. and Mrs. Thos. Goffery, Liverpool — May 16, 1897

And there is this comment from 1898, which describes a trip in foul weather. The canyon, it seems, is almost always worth it:

There is this romantic, 19th-Century euphemism:

The editor may have inflated Townsend’s title here. Although he worked for the US Fish Commission, he does not appear to have been the actual commissioner of that agency.

Lastly, there is this remark: 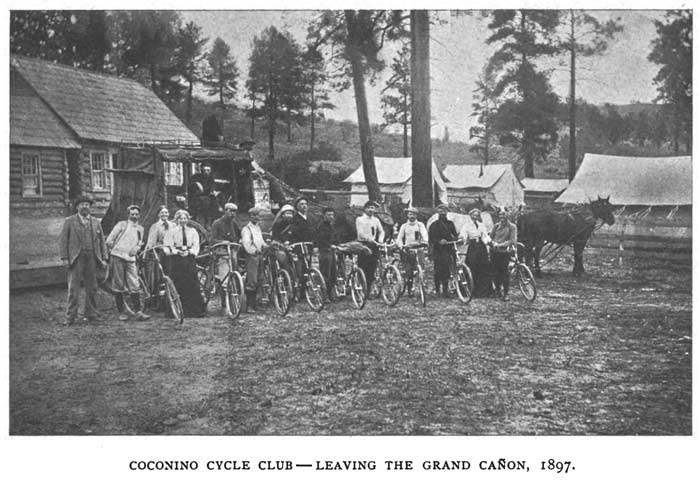