In the late 1800s, legendary Grand Canyon tour guide John Hance invited his clients to record their comments in his guestbook. In 1899, the manager of the stage line that served Hance’s business published a compilation of those comments. Today, that book, Personal Impressions of the Grand Cañon of the Colorado, is a valuable window into the perspectives of 19th-Century Grand Canyon tourists. This is the fourth post in a five-part series on the subject.

Captain Hance: “Very gentlemanly, but a curiosity of the rarest type”

“Captain” John Hance told of digging Grand Canyon himself and piling the debris to the south, where it comprised the San Francisco Peaks. He described how, during an atmospheric inversion, it was possible to snowshoe across the canyon on cloud tops. He explained a missing fingertip by noting that he had “plumb worn it out” pointing at all the pretty scenery. Hance’s tall tales are legendary, and we know from his guests that his stories were well received.

One wonders about Hance’s degree of editorial influence over Personal Impressions. Certain passages suggest that Hance, if he was a vain man, might have enjoyed the project. There are countless testimonials in praise of his skills as a guide, the most famous of which was rendered by South Rim resident William “Bucky” O’Neill:

Bucky O’Neill’s quote is commonly reproduced today. But the image of Hance as “half the canyon” is likely something that Hance himself encouraged — it appears repeatedly throughout the book:

By all means visit the Grand Cañon of the Colorado River, in Arizona. See Hance, too.
—ER Herman — California — September 1891 (pg 40)

Any one who comes to the Grand Cañon, and fails to meet Captain John Hance, will miss half the show. I can certify that he can tell the truth, though it is claimed by his friends that he is not exactly like the Rev. Geo. W. in that particular, as he can do the other thing when necessary to make a story sound right. Long live Captain Hance.
—T. C. Poling, Quincy, Ill. — July 2, 1897 (pg 106)

Captain John Hance — a genius, a philosopher, and a poet, the possessor of a fund of information vastly important, if true. He laughs with the giddy, yarns to the gullible, talks sense to the sedate, and is a most excellent judge of scenery, human nature, and pie. To see the canon only, and not to see Captain John Hance, is to miss half the show.
—Chester P. Dorland, Los Angeles, Cal. — August 26, 1898 (pg 121)

Many appreciations to Captain John Hance for adding greatly to the pleasure of my trip to the Grand Canon. A comedy without the comedian is not fully enjoyed; the cañon, without Captain Hance, is not complete.
—Ethel Valentine. San Francisco, Cal. — September 23, 1898 (pg 125) 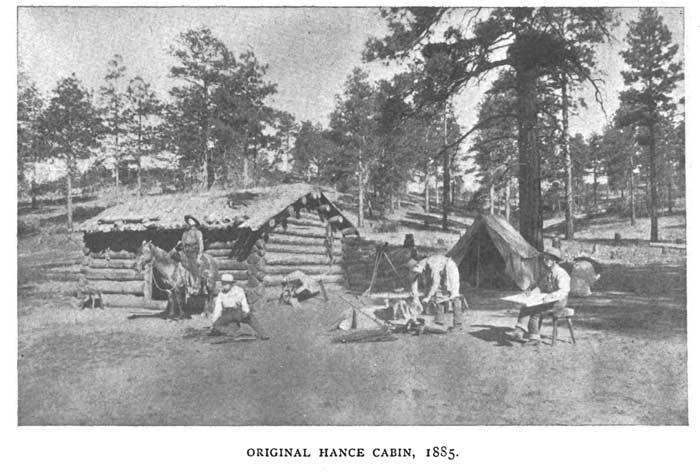 There are also some deadpan, sarcastic remarks about Hance’s yarn-spinning:

Captain Hance’s birthday, forty-eight years old. May his years to come be as many as the tales he tells; but this, we are afraid, would prolong his life far into the millennium.
—J. K. Hare, New York City, N. Y. — September 7, 1898 (pg 122)

I believe all the Captain’s stories to be true, and if any one in the future should doubt, send him to me that I may do battle with him. To Captain John Hance, Grand Cañon of the Colorado.
—Arthur R. Reynolds, Chicago, Ill. — September 12, 1898 (pg 122)

The thing I most admire about Captain John Hance is his conscientious truthfulness. I have perfect faith in all of the stories he has told me.
—Wm. H. Zinn. — September 23, 1898 (pg 125) 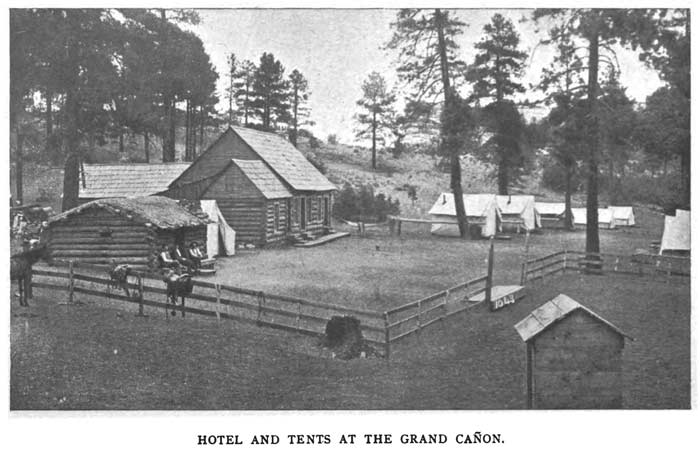 There is also this testimonial, which, from a modern perspective, sounds a bit like a backhanded compliment:

Some visitors so enjoyed Hance’s entertainment that they were inspired to leave their comments in rhyming verse. These are excerpts of the complete poems:

And there is this comment, in praise of Hance’s “wonderful information”:

We were much indebted to Captain Hance for his excellent arrangements, courtesy, and his wonderful information.
—F. Moulton Barrett, Devon, England. — June 1, 1897. (pg 104)

I wonder if this is sarcasm, or if some of Hance’s guests returned home believing all that they had heard.